Cruisin’ with the MacLeans
Every 2 years we have been fortunate enough that my sister and kids allow us to tag along on their family vacation.  This year the kids voted for another cruise… Here we go, starting with pre-cruise in South Beach, Miami.
First off we surprised the kids in Toronto with them catching up with us on the escalator to US Customs, we were on the same flights from Toronto to Miami and the kids didn’t know it.  Lots of hugs, while on the moving escalator, made it safely to the top.  Customs changed here a couple of weeks ago, yeah, you know longer have to pick up your luggage, it goes straight through to your final destination in the States.  Still a few kinks for them to work out with the new system, but it is going to be great when they get it all worked out.
Due to our late arrival we stayed at a airport hotel for the first night.  Off to McDonalds for our first and last fast food chain restaurant meal we hope for the trip, it was close and within walking distance, but I would not have felt safe doing this walk on my own, good thing we had brave and strong Andre with us. 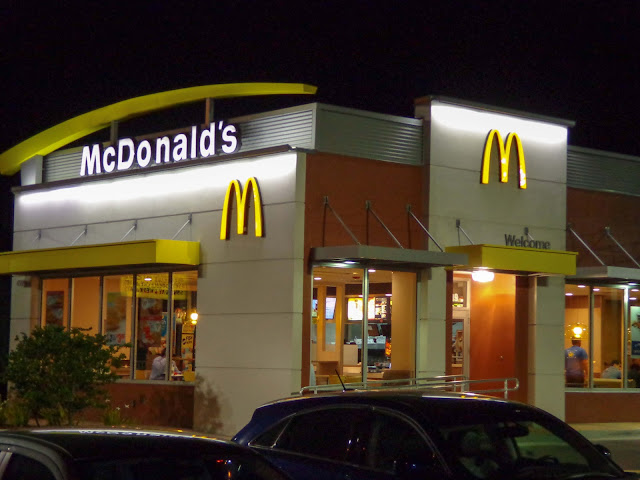 Up early the next day and taxi to South Beach.  We have rented a 52 foot yacht for 3 nights that is parked at the dock.  What a fun experience.  There were 3 bedrooms and bathrooms, a little kitchen, living room area, and spots to sit and eat up on deck.  We rocked and rolled the entire time pretty much which surprised us as we did not move the boat, got us ready for the cruise. Definitely lots of room for the 5 of us, cheaper than 2 hotel rooms would have been, fantastic location, and just a fun different experience. 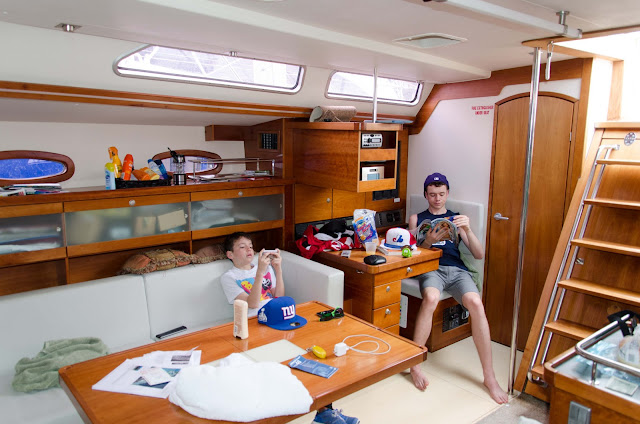 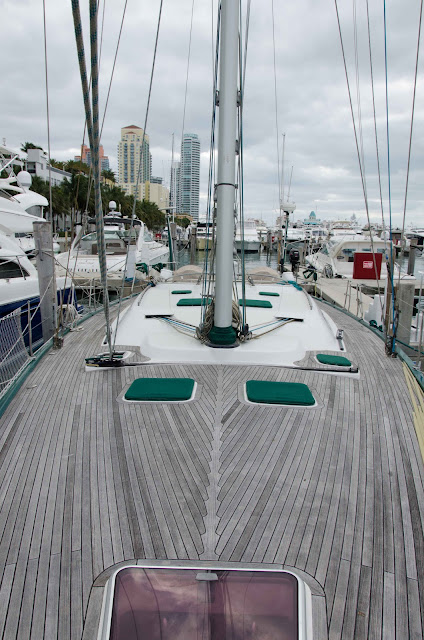 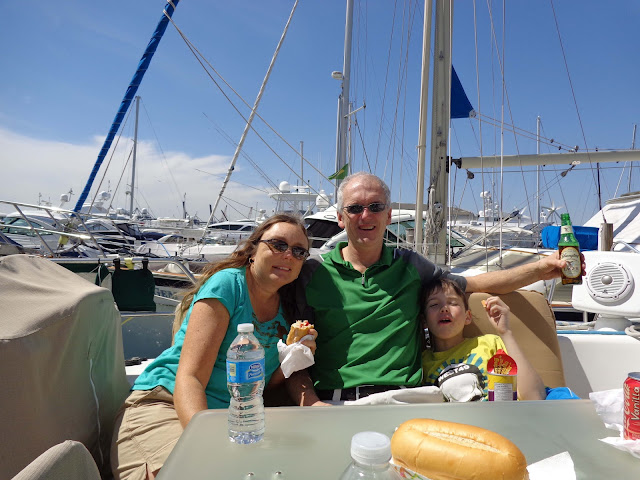 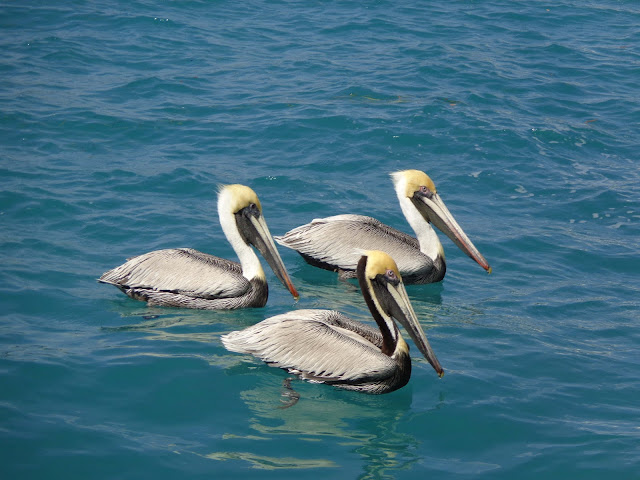 Did a quick grocery run, had a bite to eat, then off for the boys to get their surf lessons.  This was one thing the boys really wanted to try, excluding Uncle Andre.  Lots of fun watching them from the beach, but it was pretty cool and Joey and I never even bothered putting bathing suits on. 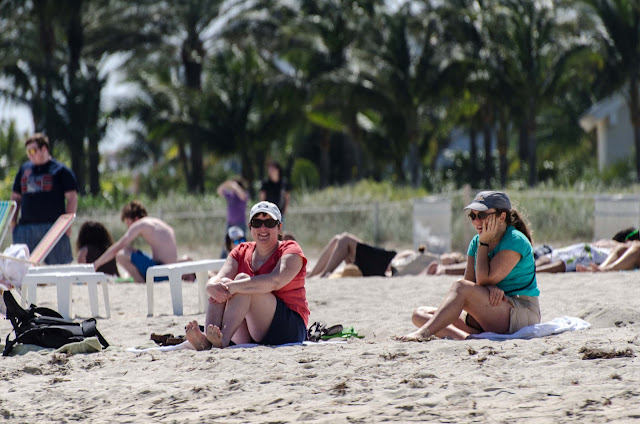 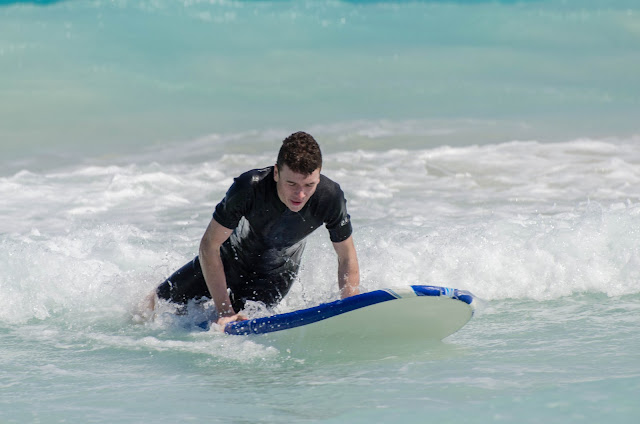 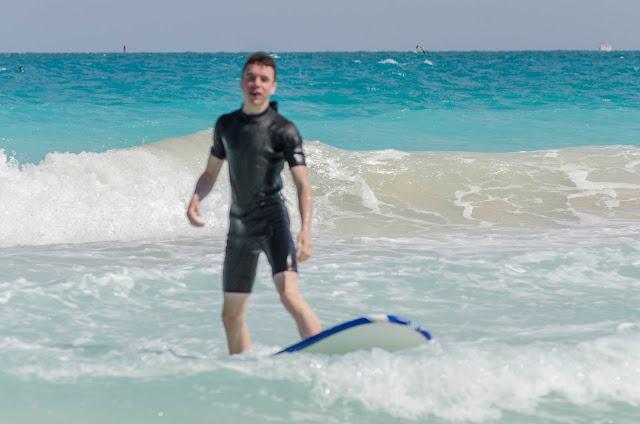 After the surf lessons quick clean up and off to see US vs Dominican Republic at the World Baseball Classic which for this round was in Miami.  What a fun time crowd watching here!  The Dominicans love their baseball and came out in full force to support their team!  We had amazing seats along the first base lone, surrounded by lots of very excited fans.  The fans had brought in drums, trumpets, flags, noise makers, it really was fun to see.  Left before the end of the game as Liam wasn’t feeling well, and we wanted to beat the traffic as we were not anywhere near where we were staying.  Figured out the public transit home with the help of a few people, introduced Liam and Kyle to a different type of character while waiting at the bus station for a transfer, but a great night despite leaving early, sorry Kyle. 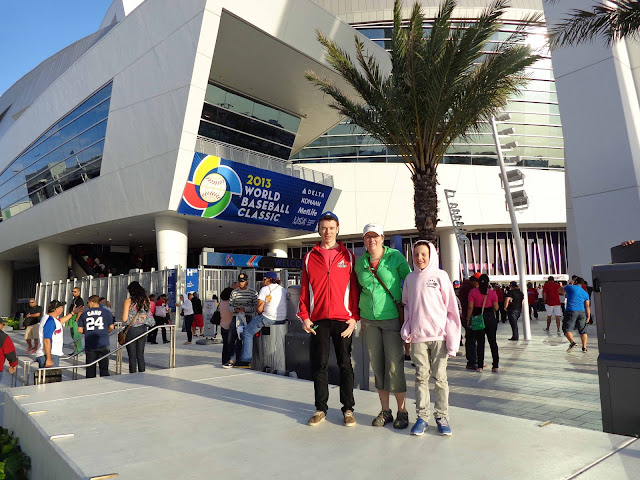 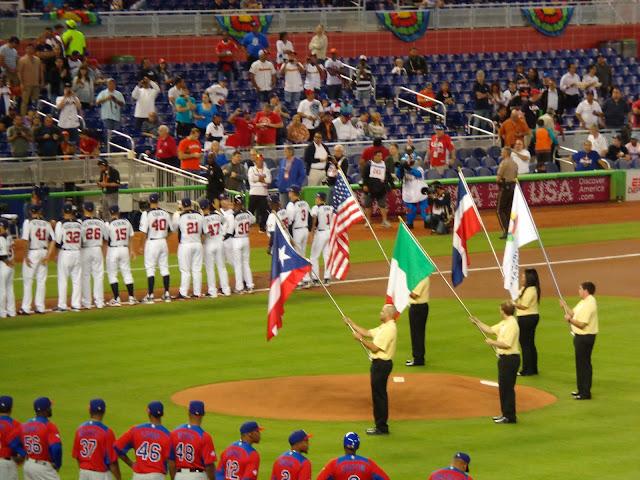 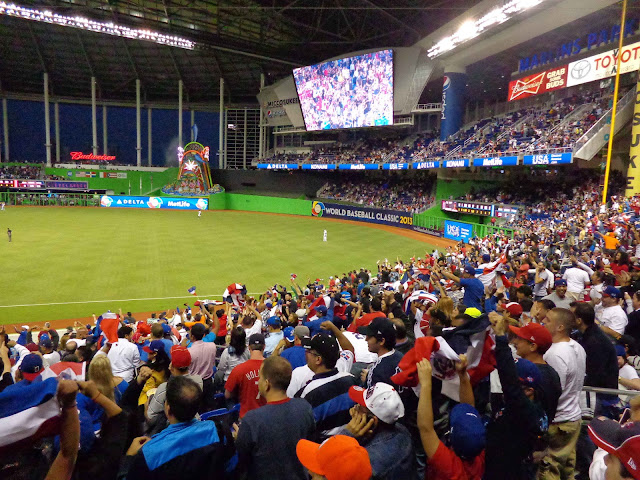 Up early the next day to go on the catamaran tour.  I had bought tickets at a great price online but it made for a long day.  It was not very warm again, Joey and I again didn’t bother going into the water, but Andre, Kyle and Liam want for a swim.  Not much of a tour was given, so it was a little disappointing, but we had a nice big catamaran to spend some time on as there were very few of us that were on the tour. 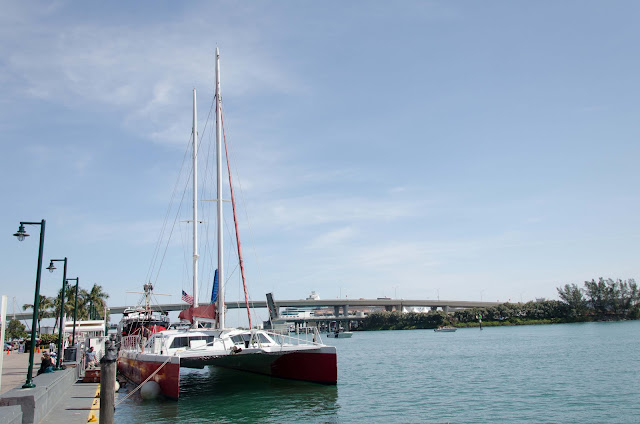 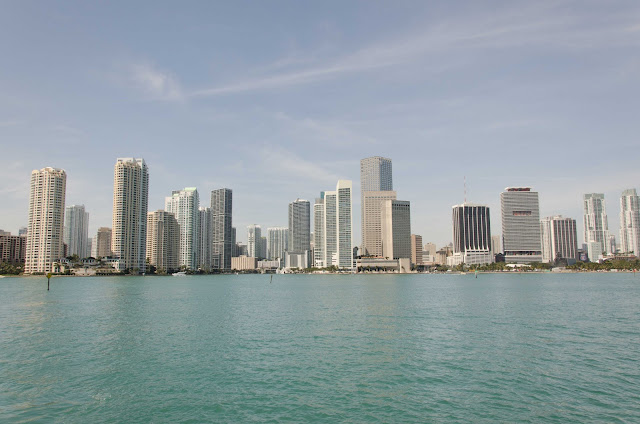 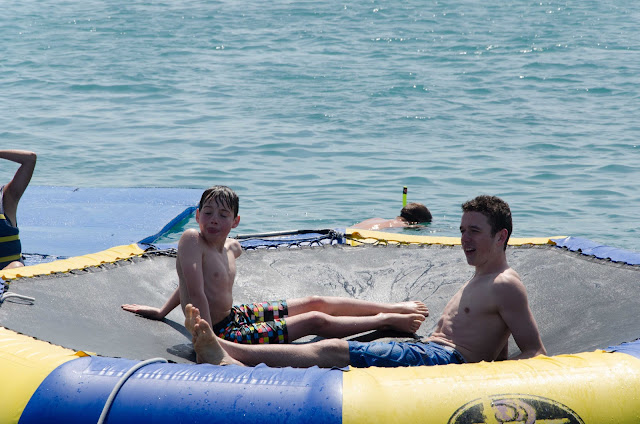 Tonight we went to supper on Lincoln Road using some other coupons that I had found online.  We had a great meal, and a good time walking Lincoln Road, doing a little shopping, looking at the bars and restaurants, and people watching.  Liam was done early again so Joey and I walked back to the yacht with him and Andre introduced Kyle to the nightlife on South Beach in the dark.
Saturday was our down day in Miami.  No plans.  We went to visit the Holocaust Memorial which Andre and I had been to before.  Spent some time on the beach again, did a little shopping and just hung out.  Tonight we were able to make Liam stay up to see the lights on South Beach with his Mom, then called it an early night again as tomorrow is cruise day. 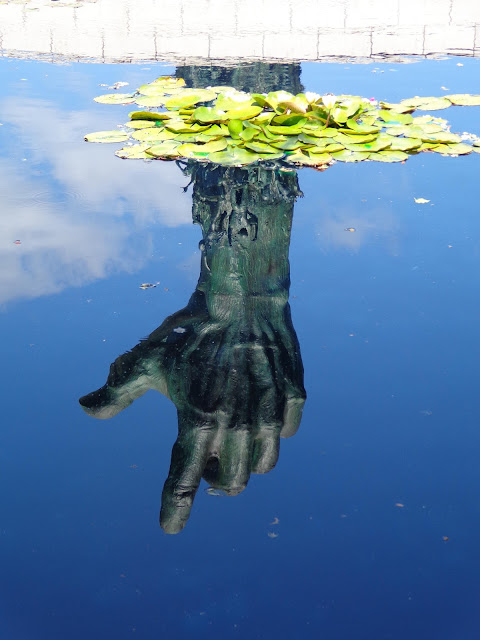 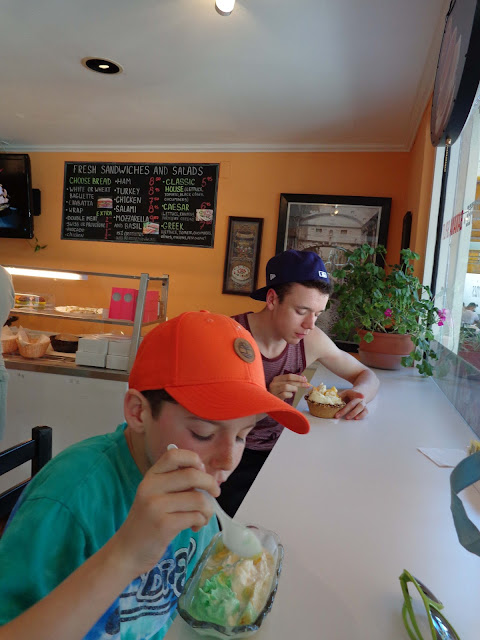 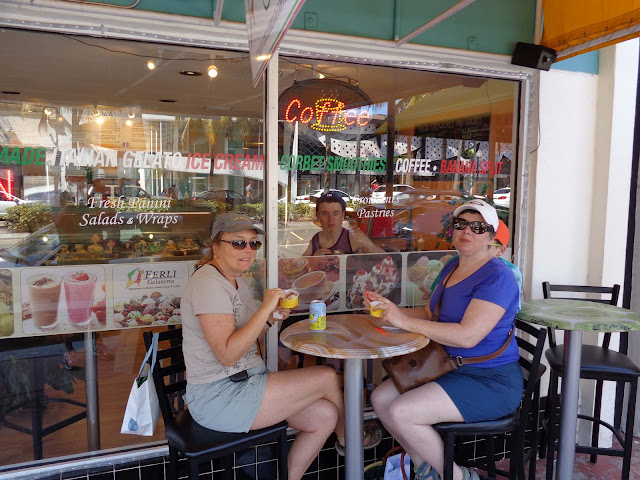 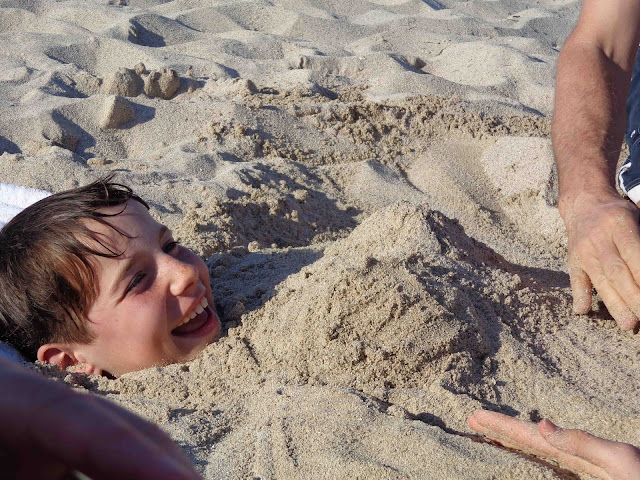 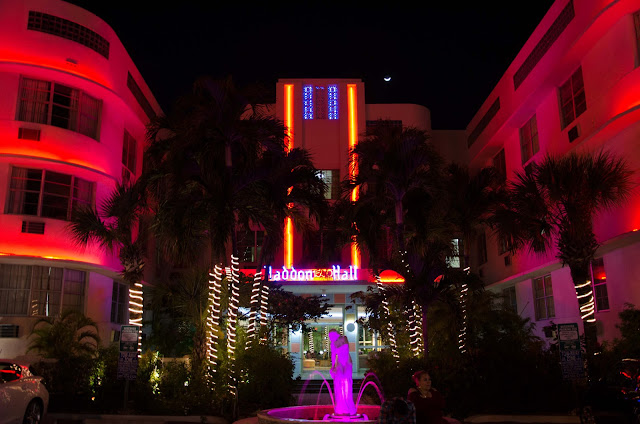 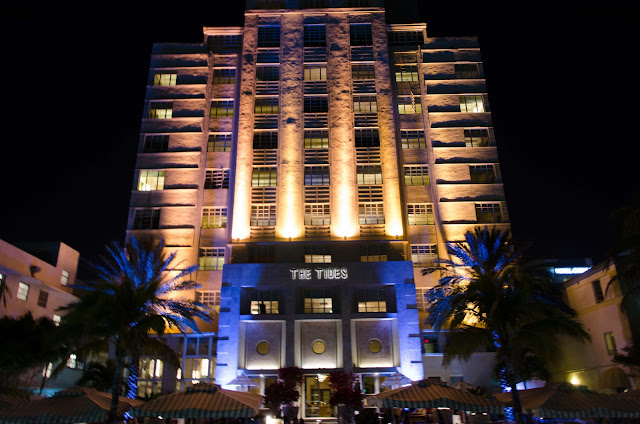 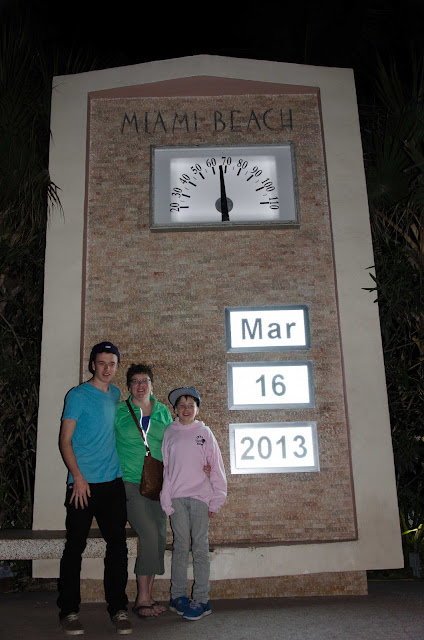 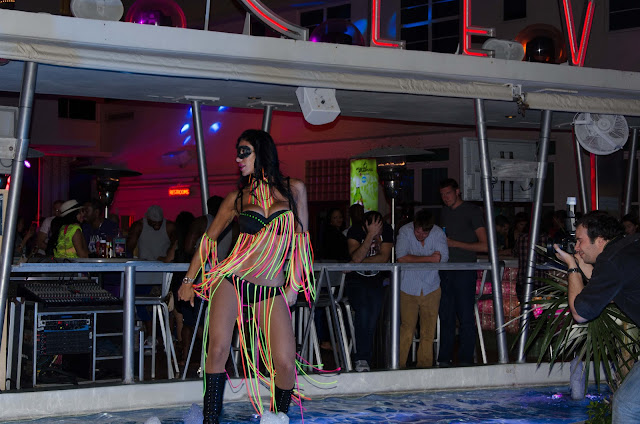 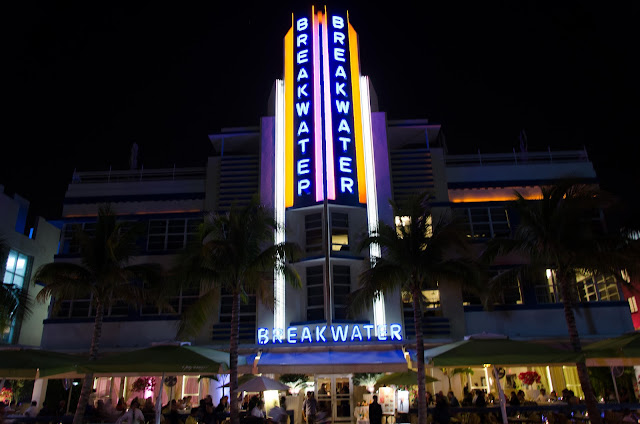 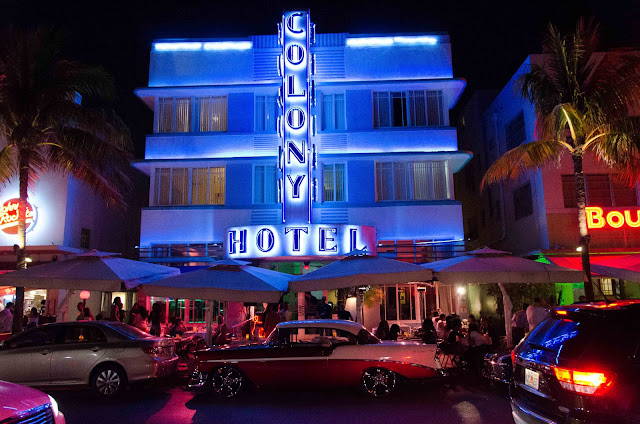 Up early to get packed up.  We decided to leave late for the cruise instead of getting in lines with everyone that wants to board early.  Miami has bike rentals all over the place that you can pick up a bike at a locked spot and return it to any other spot that has the locker areas.  We all rented bikes for an hour, I am sure I lost a year off my life watching Kyle and Liam hopping off curbs on their bikes, I had visions of a trip to the hospital before the cruise so I begged them to stop.  Ended our bike tour of South Beach and area and off to the cruise terminal….Hope you didn’t get charged for the extra bike Joey!! 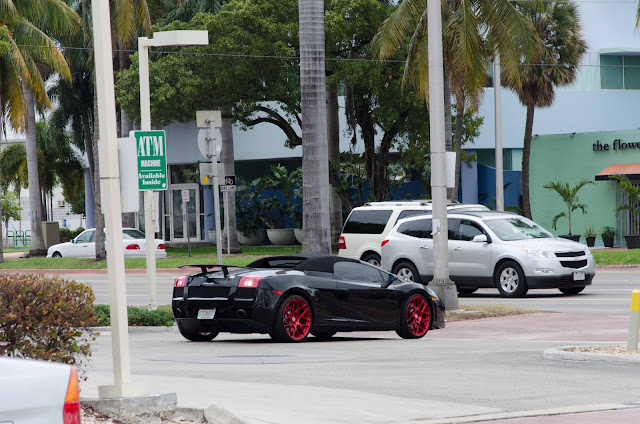 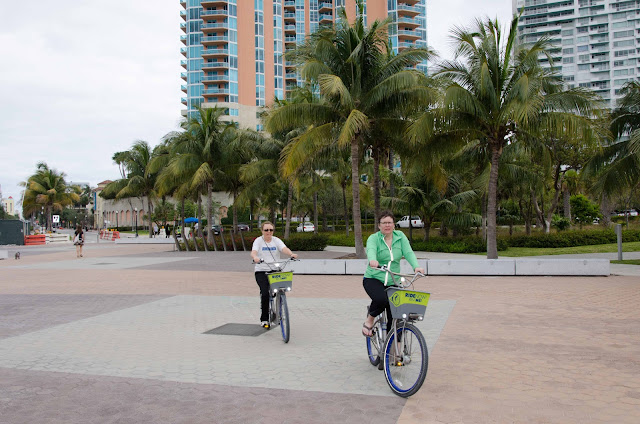 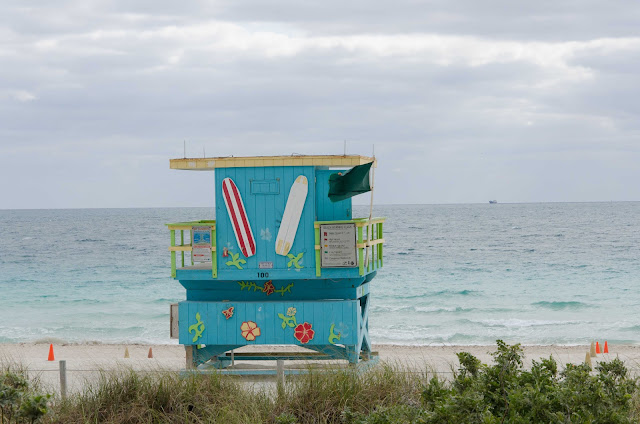